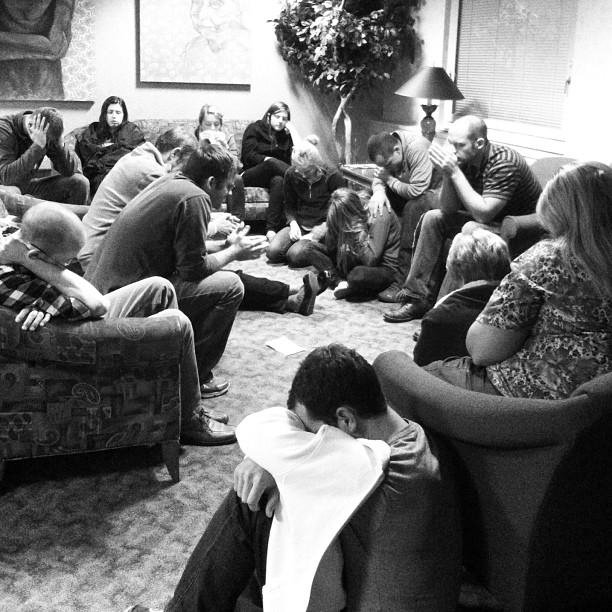 The day was upon them. The much anticipated confirmation was received with joy and thankful adoration. God in His infinite mercy had graced them with life within. “You’re pregnant.” The words resounded in their hearts and they were warmed as they marveled at the child that would now capture their hearts and enrich their lives. They prayed for this child and thanked God for His precious gift.

Excitedly they entered the obstetrician’s office for the long awaited ultrasound. It was the twentieth week of pregnancy and this day would reveal their child’s gender. The words, “It’s a girl,” were quickly followed with words of concern. Cautiously, the couple was informed that their baby’s femur bones were bowed. The weeks following were spent consulting specialists and submitting to countless tests. As each report brought increasingly unfavorable speculation, the couple prayed, entrusting their child to God.

The weeks were filled with conflicting emotions. Their hearts wanted to believe God would spare the life of the daughter they longed for, yet the collective opinion of the specialists was that the child would not survive outside of the womb. The baby shower was canceled. It seemed agonizing to have friends and family bring gifts to a mother whose baby was given little chance for survival.

While the baby’s active movements could be felt and observed by her devoted parents, they were simultaneously being instructed to plan for a funeral. How can one plan for the funeral of one’s child, while the child is dancing with abandon in the sanctity of mother’s protective hollow. They prayed through the Spirit in Jesus’ name to their heavenly Father, relinquishing the child to the One they loved.

They gave her back to God. Through tears, with outstretched arms and surrendered wills, they released her, asking only for God’s will to be done. They responded with the same heart attitude as Abraham who when tested, faithfully surrendered his beloved son Isaac into the hands of God. Likewise, they surrendered the object of their affection to the One they loved above all else.

The expectant parents entered the delivery room with the peace of God that transcends all understanding (Philippians 4:7).

The medical teams anticipating the child would not survive outside of the mother’s womb, prepared to administer comfort care to the infant until she breathed her last. The hospital waiting room was filled with friends and family prayerfully interceding through the night and early morning hours.

At last, she entered the world. Her labored breathing began improving with each rising of her chest. Her strong arms extended and straight legs flexed as she adapted to her new environment. With eyes wide open and her mouth filled with sound, Elliana announced her arrival. Her name in Hebrew, chosen long before the foreboding assertions of the specialists means, “God has answered.”

The poignancy of her name was not lost on the faithful, who in humility and praise worshiped God with gratitude and thanksgiving for this indescribable gift. For twenty weeks, the specialists had routinely reported the ominous discoveries in the tests. But now, as the sun rose in the morning sky, they were silenced. The vibrant, thriving child before them, void of defect or infirmity, defied their explanation. God answered and Elliana is forever a witness to His sovereignty.

Father God, we bow at your supremacy. We acknowledge that in your hand is the life of every creature and the breath of all mankind (Job 12:10). Our heart’s desire is to praise you at all times. Teach us to pray in the Spirit on all occasions with all kinds of prayers and requests, reverently trusting you as Lord and Savior. Jesus, we praise your holy name. Amen.