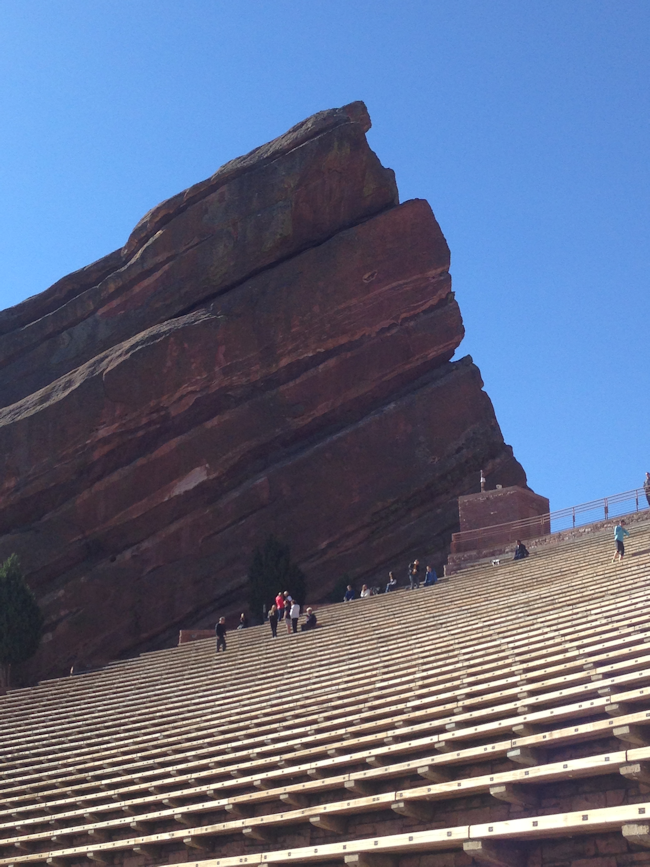 Revelation 4:10-11
“And they lay their crowns before the throne and say, ‘You are worthy, O Lord our God, to receive glory and honor and power. For you created all things, and they exist because you created what you pleased.’”

Originally, the place was known as the “Garden of the Angels.” The Red Rocks Park and Amphitheater is a rock structure near Morrison, Colorado, 15 miles west of Denver where performances have been held for more than 100 years. It is reported that 9,450 people may be seated in the amphitheater and performers from every genre of music have graced the stage throughout its history.

Red Rocks is reported to be the only naturally-occurring acoustically perfect amphitheater in the world. It has been described as a deeply spiritual place. It is fitting then, that in Colorado’s “Garden of Angels,” the first performance of each season is the Easter Sunrise Service. This non-denominational service begins early in the morning and is timed so that attendees may see the sun rise. Hundreds of doves are released into the Sunday morning sky as thousands gather to worship God in the midst of His magnificent creation. Easter sunrise services are a recognition that Jesus no longer lay in the tomb on Easter morning.

Red Rocks has been enjoyed by millions of people from all walks of life who describe the experience as awe-inspiring, breathtaking and extraordinary. If Red Rocks is indeed worthy of these prodigious reviews, it is unimaginable what the worship experience will be like in heaven.

Music has been a customary and established part of man’s experience as documented in the Bible beginning in Exodus to the book of Revelation. The Bible’s first record of music is found in Exodus 15 where Moses and the Israelites sing a song of praise to the Lord for their deliverance. In Revelation, the last book of the Bible reveals that seven angels held harps given to them by God and sang the song of God’s servant Moses and of the Lamb, extolling the great and marvelous deeds of the Lord God Almighty.

A beautiful exposition on worship is rendered by Jesus in Luke 19. The setting takes place on Palm Sunday, just prior to the crucifixion of Jesus later that week. As the Lord and his disciples made their way toward Jerusalem, the whole crowd of disciples began joyfully to praise God in loud voices for all the miracles they had seen, “Blessed is the king who comes in the name of the Lord! Peace in heaven and glory in the highest!”
Some of the Pharisees in the crowd said to Jesus, “Teacher, rebuke your disciples! I tell you,” he replied, “If they keep quiet, the stones will cry out.”

Of this passage Matthew Henry writes, “This was, in effect, literally fulfilled, when, upon men’s reviling Christ upon the cross, instead of praising him, and his own disciples’ sinking into a profound silence, the earth did quake and the rocks rent. Pharisees would silence the praises of Christ, but they cannot gain their point.”

Holy Father, may we join with the Psalmists who proclaimed, ‘My mouth will speak in praise of the Lord,’ and ‘Open my lips, Lord, and my mouth will declare your praise’ (Psalm 51:15). As we reflect on the beauty of your creation and worship you, the Creator of heaven and earth, may our mouths pour forth love and adoration for you are worthy, Amen.