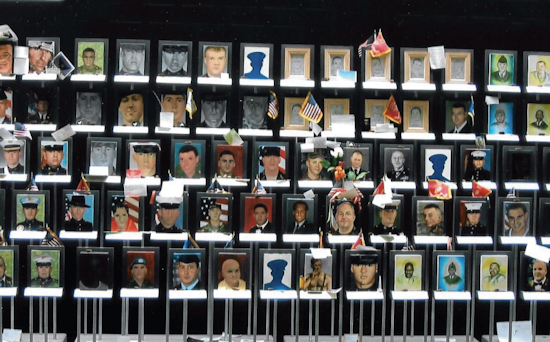 John 1:10
“He was in the world, and though the world was made through him, the world did not recognize him.”

It was one of those lessons that comes out of nowhere, catches you off guard and leaves you humbled and broken before God. It started off as a day of anticipation and excitement. We were sitting at the airport waiting to board the plane that would transport us from the east to the west coast. We were engaged in a favorite past time of travelers, people watching. Airports are a hub for exposed humanity. The human race is there on parade, raw and uncensored.

He approached the gate, worn and tattered. This tall, hobbling man was massive and unkempt. To my shame I thought, “Wouldn’t it be my luck to be seated next to that man during this long flight.” Once on board, I approached my seat with resignation and annoyance as my fears were realized. It would be a long flight. As I took my seat I didn’t speak to the man, as if my silence could eradicate his presence.

He was altogether undesirable. His odor was intense and his breathing labored. As the hours marched on, he placed his head back and raised his arms above his head and fell fast asleep. As I clung to what was left of my seat, my annoyance turned to anger as the sights, sounds and smells emanating from the man were overwhelming. I heard a comment from a passenger behind me saying, “She deserves a medal when we land.” The intensity of the experience reached a crescendo and I was forced to make a hurried escape to the toilet where I threw up. As I exited the restroom, the steward offered me a cup of tea to settle my stomach. Did he assume me to be a novice traveler or was he acutely aware of my plight?

The battle was raging within. As I prayed for compassion I remembered that God loves the unlovely. Jesus’ words hung heavy in the air, “It is not the healthy who need a doctor, but the sick.” As I walked through the cabin I prayed for a new perspective. It was as if I had thrown up my pride and arrogance and was returning to the stranger emptied of my conceit.

Back in my seat, I determined to look the man in the eye and begin a conversation. It was as if He had been waiting for someone to talk to him, his words came up and out like a torrent. He had served in Vietnam, forced to choose between saving his life or taking the life of the little girl pointing a gun at him. He killed the child and in the process killed his soul. He never recovered. His discharge from the armed services gained him three trips to a veteran’s psychiatric hospital. Plied with mind-numbing drugs his body deteriorated and while the steroids and eleven surgeries served to keep him alive, he became unrecognizable to himself, morbidly obese and tormented by the unrelenting image of the fallen child warrior.

Through my tears, I saw a man who, though alive, was dead in many ways. He had sacrificed his life for our freedom and we esteemed him not. Later, as I walked off of the plane, I was enormously grateful that God used this unsuspecting serviceman to change my heart and remind me the cost of freedom. To you dear veteran I say, “Welcome home.”

Father God, may we judge nothing before the appointed time; may we wait until you come as you will bring to light what is hidden in darkness and will expose the motives of men’s hearts. At that time, each will receive his praise from God (1 Corinthians 4:5). In Jesus’ name. Amen.