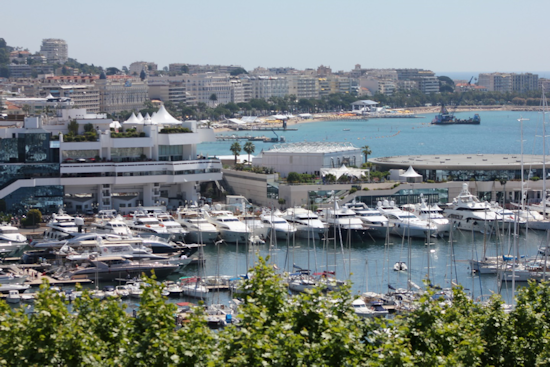 John 14:6
Jesus answered, “I am the way and the truth and the life. No one comes to the Father except through me.”

For one week during the month of May, the French Riviera becomes a mecca for the rich and famous. Founded in 1946, The Cannes International Film Festival previews new films of all genres from around the world. The red carpet ushers the elite and hopeful elect into its doors at the Palais des Festivals, as tourists view the yacht-filled harbor and lie in wait for a glimpse of a favored celebrity.

The trip to Cannes was met with great anticipation and delight. It was exciting to have been afforded the opportunity to witness such a prestigious and publicized gathering. The harbored city was breathtaking, profuse with the magnificence one would expect of this beautiful European seaside.

The Festival attracts an abundance of spectators, but participation is restricted and the “by invitation only” decree limits involvement to primarily celebrities and individuals involved in the film industry. As such, in an effort to include the general public in some of the festivities, an outdoor cinema screens a different film each night with the open-air screening available to everyone. Although this allows individuals outside of the film industry to partake of some of the festivities without the issued “accreditation slip,” the general public’s participation remains limited.

The exclusive nature of the Cannes Film Festival is not unlike countless other organizations where only designated persons are permitted membership or access. This customary practice of select individuals receiving rights and privileges while others are excluded makes the inclusive manner of Jesus’ a concept that may be difficult to comprehend.

Although the desire to belong is a human emotional need, some are uncomfortable with the simplicity of Jesus’ appeal. Rejecting the spiritual laws of acceptance into the family of God, some fashion their own decrees, laboring for approval and denying the “accreditation slip,” the grace Jesus offers as He extends a loving invitation to all. “Come to me, all you who are weary and burdened, and I will give you rest. Take my yoke upon you and learn from me, for I am gentle and humble in heart and you will find rest for your souls. For my yoke is easy and my burden is light,” (Matthew 11:28-30).

The invitation of Jesus speaks to the universal desire to belong. His conduct on earth showed no partiality in his dealings with mankind as witnessed through his encounters with the tax collectors, sinners, and the Samaritan woman found throughout the books of Matthew and John. Jesus’ substitutionary death fulfilled the righteous provision required by a Holy God and showed no partiality as his death paved the way for man’s redemption – the forgiveness of his sins. “This righteousness is given through faith in Jesus Christ to all who believe. There is no difference between Jew and Gentile, for all have sinned and fall short of the glory of God, and all are justified freely by his grace through the redemption that came by Christ Jesus,” (Romans 3:22-24).

In a world where discrimination and bias impede our ability to connect and exclusivity challenges our best intentions and frustrates our sensibilities, Jesus beckons all to come and addresses the human desire to belong. “And, ‘I will be a Father to you, and you will be my sons and daughters,’ says the Lord Almighty,” (2 Corinthians 6:18).